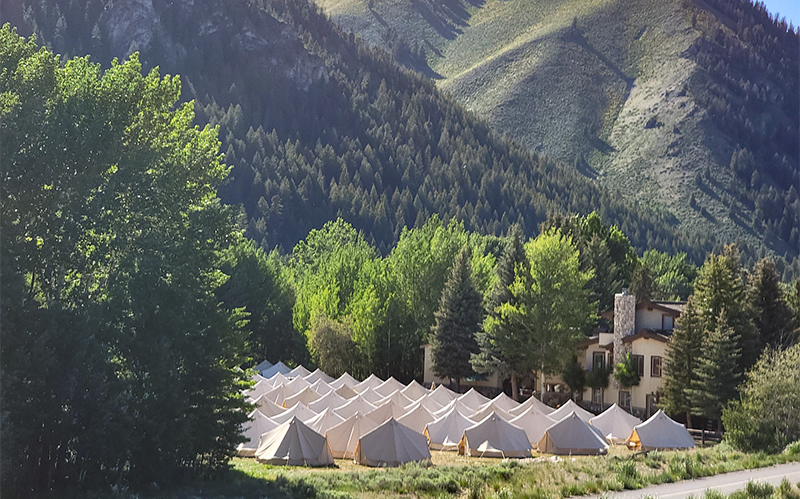 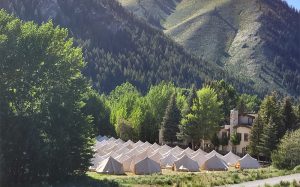 With all the talk of a tent city springing up in Ketchum, the canvas tents that popped up in the Upper River Run parking lot and an empty lot at the base of Bald Mountain Monday might have given passersby a start.

Actually, the tent city is part of 29029 everesting, a monumental challenge designed for those who believe challenging things change us.

The four-day event is expected to bring more than a hundred competitors and their families to Sun Valley from Thursday through Monday, June 17-21.

Competitors will leave base camp at 5,750 feet and race up the mountain about 15 times to climb the equivalent of Mount Everest which, at 29,029 feet, is the world’s tallest mountain. They will ride the gondola down after each summit.

Participants have all sorts of reasons for taking part. One woman told everesting that her husband passed away in January after being diagnosed with ALS. She signed up to give her something to focus on to work through the grief.

Another woman said she is doing it to prove that she is stronger and more fit—and to have fun. A man said he was attempting to be the best he can be for the rest of his life after his father’s death by heart attack shook him to his core.

And a woman who will be coming to Sun Valley from Atlanta is doing it as part of a pandemic health plan that included losing 45 pounds and reducing her elevated blood pressure.

Additional 29029 events have been held in Vermont and Snowbasin, Utah. Split evenly between men and women, the average age of past events is well over 40, according to Bloomberg.

Many participants are entrepreneurs or corporate managers for companies like Goldman Sachs and Bank of New York Mellon Corp. While some have a few marathons behind them, for most this is a new frontier.